April 9, 2015, BOSTON, MA – The most recent results from a clinical trial show that ibrutinib, a newly approved drug for Waldenstrom’s Macroglobulinemia, continued to control the rare blood cancer, with 95 percent of patients surviving for two years, report investigators from Dana-Farber Cancer Institute.

The median overall response rate was 91 percent after a median of 19 months of treatment, and in 69 percent of patients the cancer had not worsened two years after beginning treatment. When the cancer did progress, began at a median time of 9.6 months after the start of treatment. The results are reported in The New England Journal of Medicine.

An earlier analysis of data from this phase 2 multicenter study supported the Food and Drug Administration’s approval in January of ibrutinib as the first and only treatment for Waldenstrom’s, a rare form of lymphoma that affects about 1,500 people annually in the United States.

These findings of this study herald a new era for the treatment of Waldenstrom’s macroglobulinemia, and show how genome sequencing can lead to the discovery of cancer mutations that can be specifically targeted by new therapies”. said first author Steven Treon, MD, PhD, director of the Bing Center for Waldenstrom’s Macroglobulinemia at Dana-Farber.

The disease stems from an abnormality in B lymphocytes in the bone marrow causing them to overproduce IgM, an immunoglobulin protein that thickens the blood; patients may experience bleeding, dizziness, headaches, weight loss, bruising and nerve damage.

Ibrutinib, marketed as Imbruvica by Pharmacyclics, Inc., and Janssen Pharmaceuticals, kills the cancer cells by targeting a pathway involving Bruton’s tyrosine kinase protein. The response rate in the study refers to the degree of reduction in IgM in the blood.

Waldenstrom’s is driven by genetic mutations known MYD88 and CXCR4, both of which were discovered by the Treon Laboratory, that also showed that the MYD88 mutation triggers the abnormal activity of Bruton’s tyrosine kinase.

The trial included 63 patients who had received at least one prior treatment. They took ibrutinib as an oral drug daily until the disease worsened or unacceptable toxic effects occurred.

The drug’s performance was influenced by which mutations, if any, were detected in the patients’ cancer cells. The highest response rates were in patients who had the MYD88 but no CXCR4 mutations; next highest was when the cancers carried both MYD88 and CXCR4 mutations, followed by patients in whom neither mutation was present.

Adverse events related to the treatment included low white blood cell and platelet counts, bleeding, and atrial fibrillation in patients who had a history of the arrhythmia.

The research was supported by: 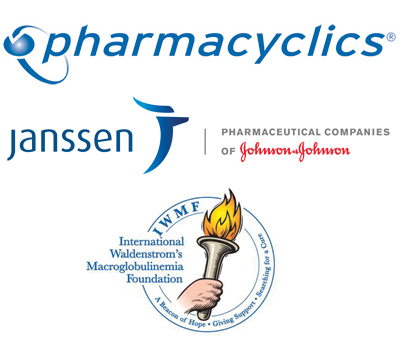 The study supported the recent approval of ibrutinib by the U.S. Food and Drug Administration for patients with Waldenstrom’s Macroglobulinemia, enabling ibrutinib to become the first ever approved agent for this disease. More information may be found in the following press releases: